Too many quasi-legal bodies and no results 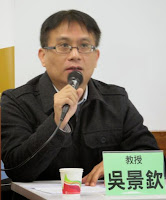 The Taipei City Government Clean Government Committee has released a report after investigating five major public construction projects, that recommends that the local government transfer the cases to the Ministry of Justice and the Control Yuan for further investigation. The process feels rushed. Ever since its inception, the committee’s objectivity and political orientation have been called into question.

The committee, set up by Taipei Mayor Ko Wen-je (柯文哲), was born of former Taipei mayor Hau Lung-bin’s (郝龍斌) anticorruption organization, the Clean Government Commission. The difference between the two is that city government officials made up more than half of Hau’s organization, whereas in Ko’s group, city officials number just one-third of committee members. Ko’s committee reflects his way of doing things.
Nevertheless, external committee members are appointed by government officials. Whether this system will be able to avoid interference by unscrupulous officials remains to be seen.

The committee lacks legal powers and is a temporary, task-orientated unit. However, both the previous incarnation and the present committee see themselves as permanent bodies. Even the committee’s founding charter sets out terms of office for members, which is a violation of the principles of a statutory body.

The founding charter also contains standard provisions that allow the committee to circumvent government procedural law to maintain members’ operational independence and neutrality. Members are required to keep the contents of meetings and decisions confidential to ensure individual rights to privacy are not violated by information leaks in an ongoing case, and to prevent the cover-up or destruction of evidence by interested parties.

However, since the committee sits outside the structure of government, such requests do not carry any weight. This makes it extremely difficult for the Taipei City Government to prevent committee members from leaking investigation progress reports to the press. Further, it calls into question the impartiality of the committee, whose members could all too easily descend into political infighting and become the focus of political gossip.

Even more worthy of examination is that the Taipei City Government already contains a Department of Civil Service Ethics, whose task is to expose corrupt and unlawful civil servants within government bodies. This department will inevitably come into conflict with the committee.

Since the committee was convened by the Taipei mayor, the ethics department must defer to it, meaning that the department, which has a clear legal mandate to aggressively probe corruption, is actually being restrained by a quasi-legal body.

The committee is not dissimilar to one of Ko’s pet hates: Illegally constructed buildings, since it too sits outside of the legal system. It is farcical.

When the committee released a report uncovering alleged illegal activity, since it has no legal mandate, it still had to refer the case to the department, the Ministry of Justice and other government bodies for a criminal or internal government investigation to proceed. The commission’s report carries no more weight than an accusation.

The nation has too many anticorruption bodies. Ko has created yet another extralegal body. Not only has the committee caused confusion within government, its establishment has sent a message to existing anticorruption agencies that they are not trusted to do their job. This situation should not be allowed to happen in a nation run according to the rule of law.
張貼者： 永社專案 於 下午1:33