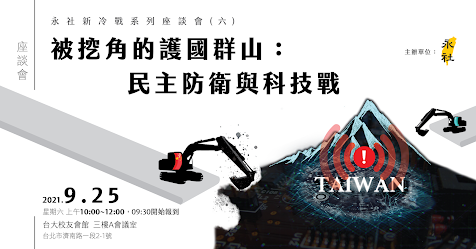 Is the KMT’s occupation of public land lawful?

The Taiwan Solidarity Union’s (TSU) legislative caucus has said that the Chinese Nationalist Party’s (KMT) branches in Hualien County and the county’s Jian Township (吉安), as well as the party branch in Taitung County’s Guanshan Township (關山), are occupying public land worth at least NT$80 million (US$2.44 million).

The Hualien County branch began to use its land in 1982, but only started paying compensation for it in 1989, and the compensation it has paid over the past 20 years amounts to only 30 percent of the market rate for adjacent land. By agreeing to lease out state-owned land at such a low rate, government officials have been generous with money that belongs to all Taiwanese. Looking at this issue from a legal perspective, there could be grounds for suspecting that influence peddling is involved.

There are 23 KMT branch offices across Taiwan. When it comes to the KMT’s use of public land, while all buildings are registered in the KMT’s name, all the land that they use is public land. According to preliminary estimates by the TSU, the KMT occupies national resources worth more than NT$700 million. And this is not all: There have been media reports that the KMT’s Tamsui District (淡水) branch in New Taipei City has been occupying public land for more than 30 years, with the party finally agreeing to “return” in June and look for a different office location. However, the party is clearly still taking advantage of the situation, as KMT Legislator Wu Yu-sheng’s (吳育昇) election billboard still hangs over the party’s Tamsui branch office.

The KMT’s local branches are occupying public land, and in addition to the state pursuing compensation from the party for unjust enrichment in a civil lawsuit, prosecutors should also initiate a criminal investigation to determine whether any cases of unlawful occupation have occurred, unless the party can provide proof that its use of public land is legal.

For example, former Miaoli County commissioner Liu Cheng-hung’s (劉政鴻) brother Liu Cheng-chih (劉政池) was charged by prosecutors based on the Criminal Code for contravening the Soil and Water Conservation Act (水土保持法) and with unlawful occupation of public land on Yangmingshan (陽明山), which he used to build a mansion. Liu was sentenced by the Shilin District Court to a prison sentence of two years and three months.

According to Article 320 of the Criminal Code, unlawful occupation of property is punishable by up to five years in prison. The KMT’s 23 branches will have to provide proof of their legal right to use public land, and if they fail to do so, prosecutors should refer to the case against Liu Cheng-chih and pursue the KMT over 23 cases of unlawful occupation of public land.

In addition, if the different branches can provide proof that the land was legally leased, then the fact that the rent for most of these properties has been lower than the market rate means that the government official who approved the leases underestimated the rate to benefit someone else. In that case, prosecutors should investigate the officials who approved the leases for influence peddling.