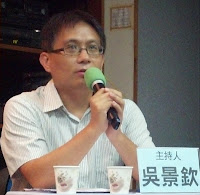 The Chinese government has engaged in the wanton arrest of human rights lawyers: So far more than 180 have been arrested. The move has once again sparked international concern at the serious reversal of human rights in China and focused attention on the country’s legal environment.

Chinese lawyers are having to constantly tread a fine line between upholding the law and falling foul of the authorities.

In Taiwan, if for reasons of self-defense or self-interest, a defendant gives false statements or attempts to suppress evidence during the judicial process, they will not be subject to charges of perjury, or of concealing or destroying evidence.

However, if the defense incites the defendant to lie or suppress evidence, as a secondary party to the main offender, the attorney could be prosecuted for aiding and abetting perjury or concealment of evidence.

Aside from protecting a defendant against incriminating themselves, this also prevents prosecutors from using the gray area of aiding and abetting perjury as a tactic to threaten a defense counsel, which allows defense attorneys to stop their client being ambushed by the prosecution.

Article 306 of China’s Criminal Code is specifically directed at defense attorneys and defines as perjury the act of aiding or coercing any party to conceal evidence, which carries a penalty of up to three years in prison. In serious cases, the sentence can be extended to three to seven years.

By using the terms “aid” and “coerce,” the language is kept vague and imprecise, which means no matter how cautious defense attorneys are, they could be prosecuted for concealment of evidence at the slightest pretext and even given a prison sentence.

It is ironic that the system of legal defense, originally intended to protect a defendant’s rights, can cause Chinese defense attorneys to be thrown into jail themselves. This has produced a chilling effect, where lawyers are silenced out of fear. Since this is China, there only needs to be a sensitive, high-profile human rights case, and most lawyers will be reluctant to get involved.

Despite having to exist in such a dangerous environment, there are still a large number of plucky Chinese human rights lawyers who courageously resist a legal system in which the scales are forever weighted in favor of the government. However, it is still China. Lawyers who challenge the authority of the government — and there are those who even hope to reform the power structure of the country — have already had ample practice within the nation’s legal system.

According to Article 290 of China’s Criminal Code, in serious cases of mass disruption to social order, which prevent the work, manufacturing or business operations, convicted ringleaders are given prison sentences from three to seven years. Participants in such cases can be charged and given a fixed-term imprisonment of up to three years.

Therefore, since China’s human rights lawyers work on cases collaboratively in groups of three or more — and have, as Beijing sees it, stirred up social tensions by manipulating dozens of legal cases — they are classified by authorities as criminal gangs harmful to public order. This is the basis on which human rights lawyers in China are being arrested and rooted out.

Human rights lawyers in China are seen as dangerous and threatening, and are even treated as criminals. This is nothing less than a wake-up call to the world over Chinese President Xi Jinping’s (習近平) so-called “Chinese Dream.”Taiwanese lawyers should give Chinese lawyers their assistance and vocal support.
張貼者： 永社專案 於 下午3:50