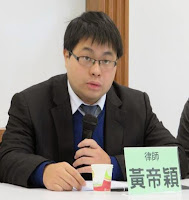 Taipei Mayor Ko Wen-je (柯文哲) has publicly expressed doubts about the truthfulness of campaign funds declared by President Ma Ying-jeou (馬英九) for his past Taipei mayoral and presidential campaigns. Ma, through Presidential Office spokesperson Charles Chen (陳以信), accused Ko of slander and for speaking on the issue before he understood the facts and said the mayor should apologize.

In fact, it is Ma who has not come clean about three counts of political donations, leaving many not convinced by his account.

First, questions surrounding the truth of political donations made to the Changhua campaign headquarters for Ma’s presidential campaign when he was running with former vice president Wu Den-yih (吳敦義) in 2012. Cho Po-chung (卓伯仲), brother of former Changhua County commissioner Cho Po-yuan (卓伯源), was prosecuted in the Changhua District Court for embezzlement, and the 30th item listed on the indictment detailed how the witness Ying Pao-kuo (應寶國), accountant of the Ma-Wu ticket’s national campaign headquarters at the time, was quoted as saying that “among the receipts filed by the Changhua campaign office, some, given their large amount, were not reported to the Control Yuan.”

Also, Cho Po-chung, in his post-trial statement regarding the allegations of embezzling the Ma-Wu ticket’s campaign funds, said the money spent on manpower and physical resources poured into the campaign far exceeded the amount allocated by the party.

According to stipulations in the Political Donations Act (政治獻金法), donations should be declared in full and any benefits of economic value should also be declared, at the value at the time the donation is made. Whether it is the testimony of the staffers at the campaign headquarters or Cho Po-chung’s account of the situation, there is evidence to suggest that the political donations for the Ma-Wu ticket were not declared in full and this would be a violation of the Political Donations Act.

Then there are the allegations that Fubon Financial Holding Co donated NT$15 million (US$491,143) to the Chinese Nationalist Party (KMT). According to a 2009 ruling by the Taipei District Court, one witnesses, Fubon chairman Daniel Tsai (蔡明忠), said that at the time of the 2008 presidential election the company made a NT$15 million donation to the KMT, but there is no sign of this donation in declared political donations for either Ma or the KMT. Even though Tsai later said that he made a mistake, prosecutors overlooked his retraction, and did not pursue a charge of perjury against him. People are still debating whether Ma or the KMT actually received a political donation of NT$15 million from Fubon, and nobody has been held liable.

The law of averages would suggest that somebody appointed vice chairman of a presidential candidate’s support group is very likely to make political donations to that candidate. Ma may vigorously deny receiving donations from Ting Hsin, but the case is under investigation by the Special Investigation Division and we can expect the results to coincide with the law of averages.
張貼者： 永社專案 於 下午2:51